The conference took place October 24 in Toronto and featured an excellent and powerful guest speaker. (Marina Nemat) The students also engaged in conversation with over 1500 students from across Ontairo focusing on socail justice. The students, along with Rick Frais and Mr.Gendron were deeply moved by the presentation made by Marina Nemat who shared her experience in Teran
Marina is Iranian-Canadian who shared her experience as a
young Christian living in Iran during the Iranian-Revolution. She was as normal as any
other girl, prioritizing clothing, socializing with her friends, and her boyfriend. When the
Shah was overthrown and the new government had begun, high-ranking officials of the
Shah regime were executed. Marina did not care to understand the revolution until she
returned to school and noticed the absence of her female principal, who was executed for
being a friend of the old Minister of Education. Angered, Marina began attending protests
against the new government. One of her most interesting remarks was that in 1980, all
eyes in the world were on the Americans in Iran when they were taken hostage for 444
days, but nobody reported or documented the fact that the Iranian civilians were being fired
at in the streets by the newly formed Revolutionary Guard for demonstrating against the
new government. One day while drying herself after a shower, she opened the door and
two men where standing beside her with guns pointed straight at her head. She spoke of
how you enter a state of shock, that protects you from everything; not from the bullet, but
from any emotions. The worse that that you figure will happen is that you will he arrested.
No big deal! Marina was taken prisoner at 15, and tortured and raped for two and a half
years. She was forced into marriage with her torturer, who's parents later bribed the guards
to set her free, and succeeded. Marina spoke of Europe favourite torture method; the
continuous hitting of the feet with a metal bar covered by leather. After hitting your feet for a
few minutes, they would stop, force you to walk the pain off, and then resume the torturing.
Why the feet? Marina explain that they hit the feet because in your feet are the end of all
the nerves in your body, and by hitting the feet continuously your nervous system turns on
and off rapidly putting your body into a constant state of unimaginable pain. She elaborate
upon the importance of her address, stating that it isn't simply a "Feel bad for me"
message, but to be aware that in Iran today, the same prison is 100% operational and that
her experience in prison was not just an exercise that happened in the past, but it is still
continuing to happen and will continue to be carried through relentlessly in the future. She
closed her speech by making a powerful statement! saying that, "Humans are tortured not
to be killed, but to kill our emotions and our soul, what makes us human."
-Andrew Clark 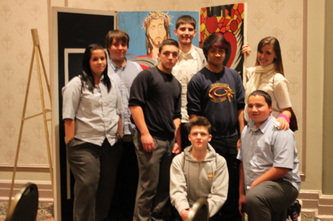 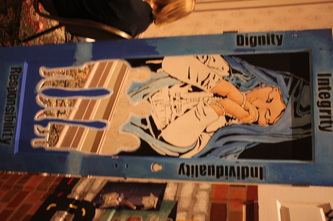 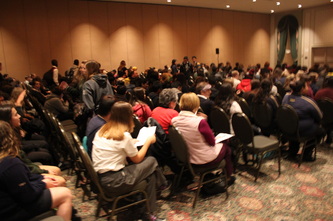 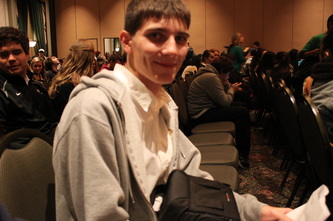 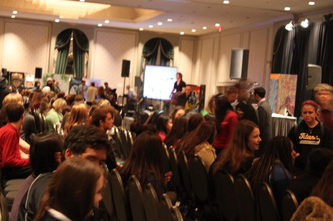 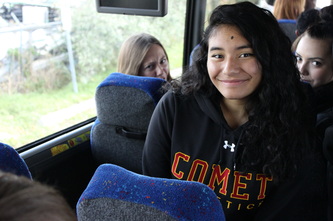 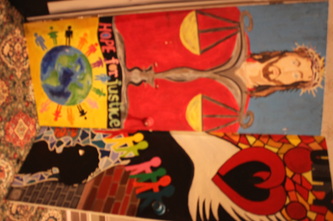 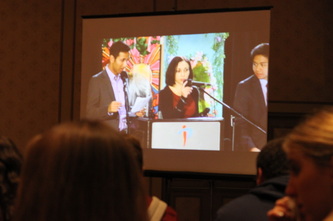 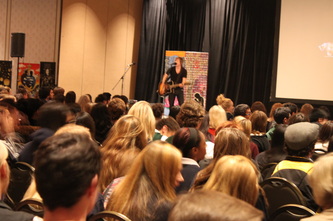 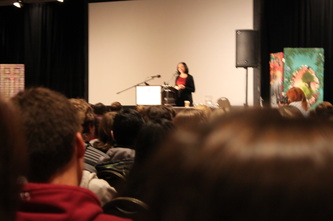 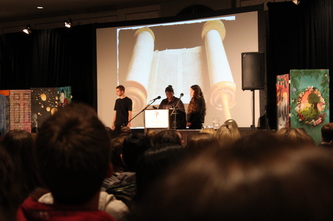 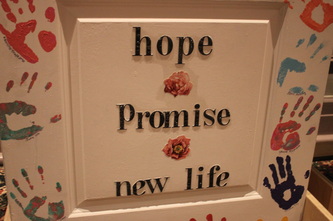 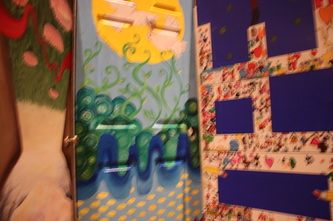